Every project, big or small, has its own unique set of challenges one may encounter. Some projects may take a little longer than others, but what is most important in all projects is that the final product is completed and exceeds customer expectations. This specific project was first inspected in April of 2019 by Four Seasons Contracting Inc.

In May, Four Seasons Contracting Inc., met with the insurance carriers adjuster to inspect the property; this is where the project began to take off. After the inspection, the insurance carrier felt that the property had sufficient damage caused by hail and wind. At this point, it opened the door for what was going to be a large and rigorous project--including many hours on site and the use of multiple trades to get these properties back to pre-loss condition. The first hurdle tackled in this project that differentiated itself from most projects, was that these buildings are suited for multi-family living with four units and two separate buildings.

Before any work could begin, the local board had to make a mutual decision on which products and colors were going to be used on these buildings. During several meetings and product presentations performed by Four Seasons Contracting Inc., the board had made their decisions and work began in early October. Four Seasons Contracting Inc., had a large task at hand determining not only how it was going to complete this work in its four week deadline, but also what was the best route to get this project to completion in the most efficient manner.

The project began with the siding on one of the two buildings, and as every project goes, problems and excess work can arise immediately upon starting. When the demolition of the siding started, it was evident very early that some crucial decisions were going to need to be made. Major rot of headers and existing framing was noticed in many areas around the building and many facets of the project were not up to current building code. For example, bathroom vents were not properly routed to the roof or out of the units, but instead vented into the attic space. The roof underlayment barrier was lacking in ice and water protection, especially around the eaves and valleys of the roof. There comes a point in time with any insurance restoration that having a knowledgeable contractor is key. In this instance, Four Seasons Contracting Inc., is able to follow-up with the insurance carrier to supplement these issues that were not seen during the initial inspection. We properly documented the damages and reported our findings to ensure proper indemnification for our customers.

After overcoming these speed bumps, the project was finally headed in a fantastic direction. Each building's layout was exactly the same. Each unit had the opportunity to upgrade to new windows due to age and previous concerns with residents. In total, Four Seasons Contracting Inc., replaced windows in three units. Next, each building had all elevations of siding replaced. An accent gable on two elevations with staggered shake siding now features a different color to give the building more definition and contrast. Not only was all of the siding replaced, but the building also received new vented porch ceilings, soffit, and fascia. Windows and doors were wrapped in aluminum to freshen up the look and protect them for years to come. Both buildings received a new architectural roof, ditching the old and damaged shingles. At this point it was time to install the new 6" gutter system to help this multi-family complex shed water more efficiently and reinstall radon pipes to met code requirements. After the majority of work was finished, Four Seasons Contracting Inc., also replaced all of the screens that hadn't been fixed through the installation of new windows. Finally, it was time for the finishing touches needed to complete the new face lift. Four Seasons Contracting Inc., pays attention to every detail we had our painters touch up around the buildings where need be as well as paint the utility meters that had a rough and rusty appearance to them. We even had our roofers install a matching roof on the community mailbox to match the new roof on the buildings. These buildings were also fitted with new carriage style garage doors and carriage style light fixtures equipped with motion sensors to brighten up the parking lots and walkways around the buildings. Now that these buildings are finished and look incredible, we were delighted to say we completed the project in the original timeline of 4 weeks.

The biggest thing that Four Seasons Contracting Inc., feels you should take away from a project like this is that it is very important to work with a contractor that is not only knowledgeable in the insurance restoration process, but also finding one that truly cares about your project and can ensure the work is completed properly and efficiently. We hope that you enjoyed learning about our favorite project from the 2019 season and if you have any similar needs or would like to plan your next project, schedule an appointment with us! 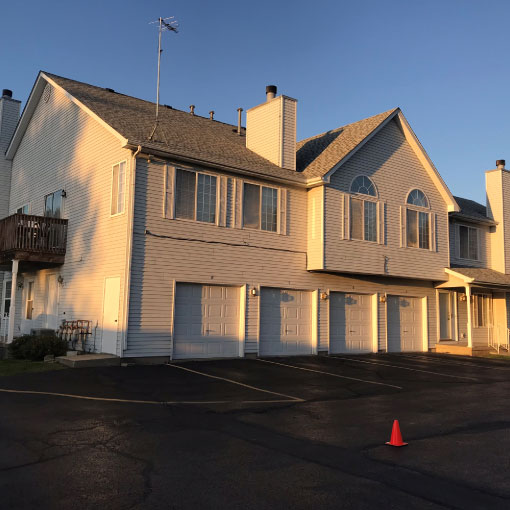 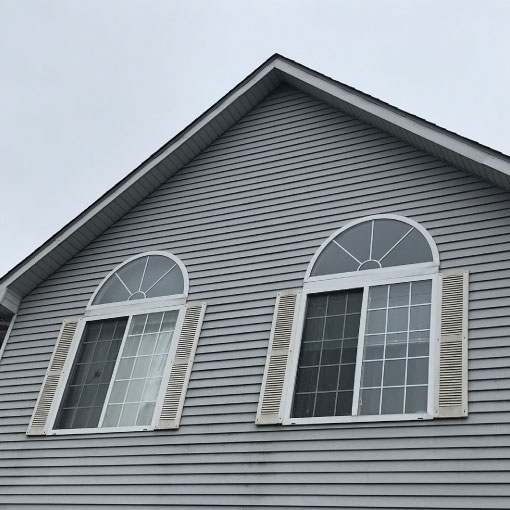 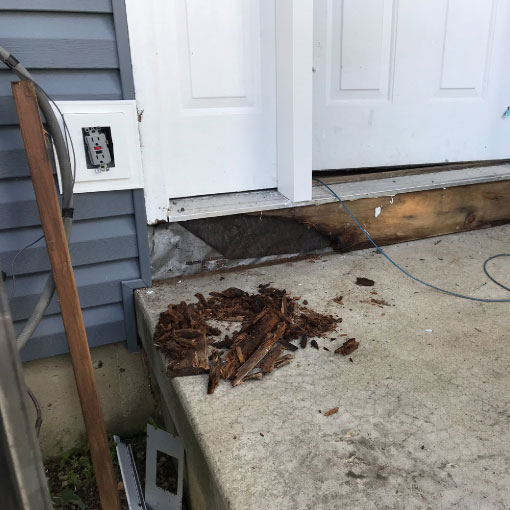 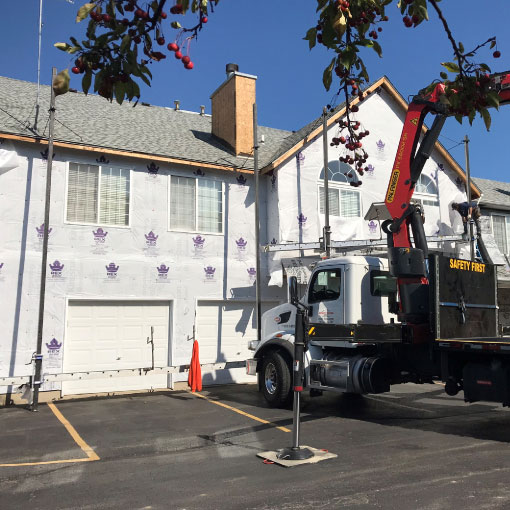 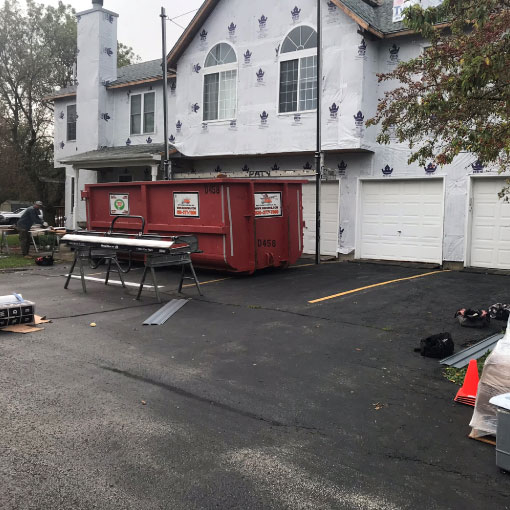 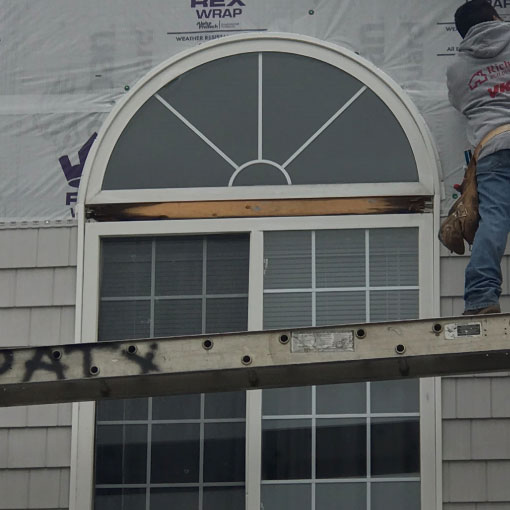 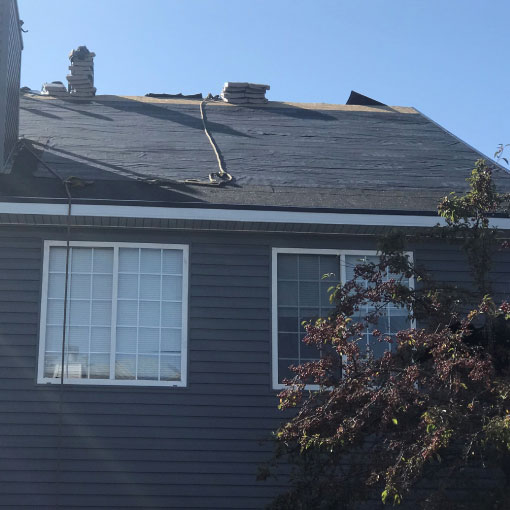 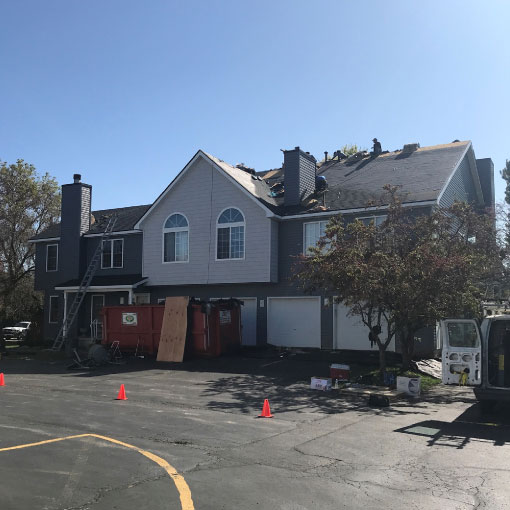 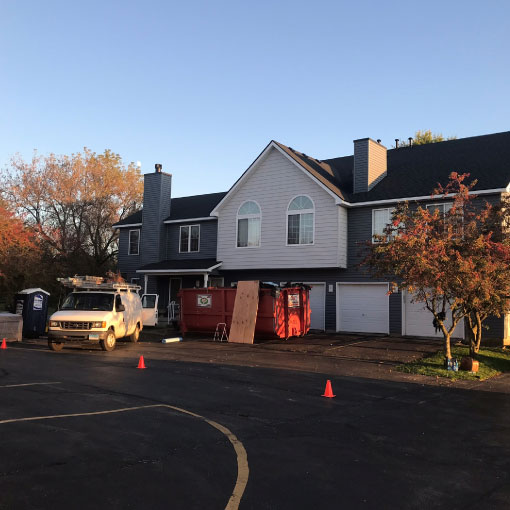 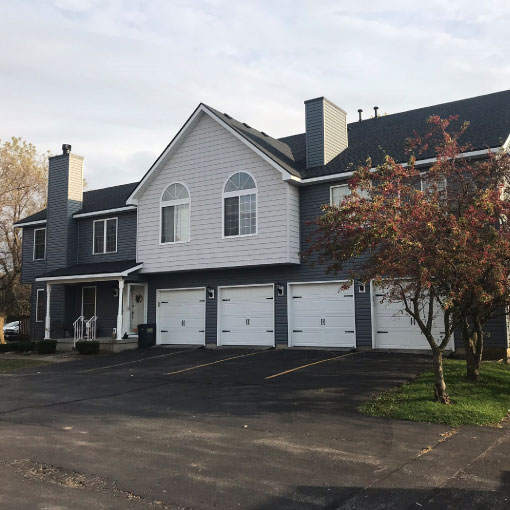